Why You're Going to Love NetSuite's New User Interface...

If you attended SuiteWorld 2014 last week, you are probably just now getting your head wrapped around all of improvements and enhancements coming in future NetSuite releases. During his keynote address at SuiteWorld last Wednesday, NetSuite Founder, Chairman and CTO Evan Goldberg outlined many exciting changes for NetSuite. The enhancement creating the biggest buzz was the announcement of a new NetSuite user interface in the third quarter release.

Today we are going to share some information about some of the key features of this new user interface and why you are going to love it. But before we do, here is a little peek at what’s in store: 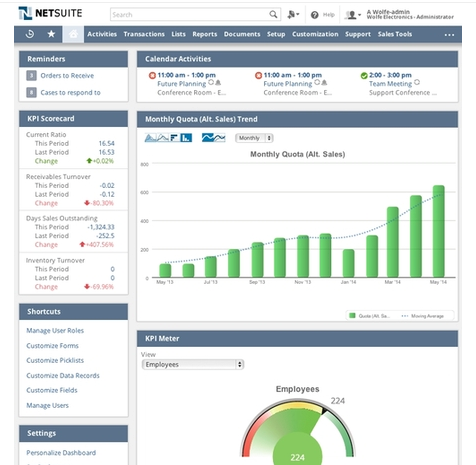 The first thing you will notice about the new UI is it simply looks better. Described as flat, clean, and minimalistic, we think users will find the sleeker, modern design more engaging and appreciate the faster response time.  The anchored or fixed navigation header and customizable dashboard will also be welcome enhancements.

The UI new design is based on over three years of usability research with NetSuite customers and will be constructed on HTML5, making it available across multiple types of devices.  Tablet users will enjoy bigger menus and control buttons as well as faster scrolling.

Of course the NetSuite user interface wasn’t the only enhancement discussed at SuiteWorld.  NetSuite also announced a new B2B Customer Center e-commerce portal that establishes a secure way for customers to buy and sell products and services.  Updates to Business Intelligence, SuiteGL, the NetSuite iPhone app, among much more were also discussed.  Keep an eye on our blog for more coverage of these exciting NetSuite developments.