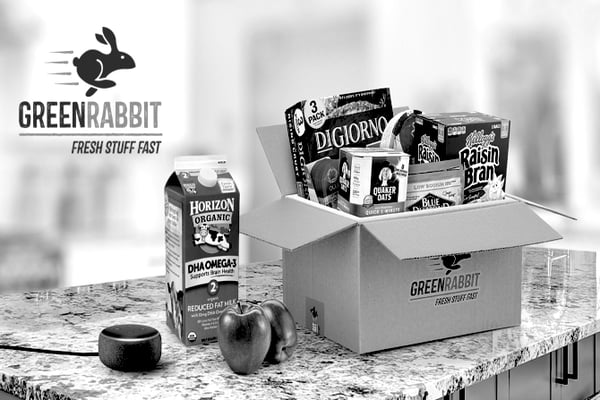 When Greg Balestrieri and Joe Melville, cousins with a family connection to the candy business, first founded Candy.com, which would later become Green Rabbit, in 2009, it was with the vision of becoming “the corner candy store of the world.” What it became was so much more.

The duo opened their online business selling candy to retailers, event planners and candy lovers, but soon confronted a challenge—shipping chocolate bars during the warm summer months created the potential for melted inventory and problems with customer orders.

“We realized early on if we wanted to be the candy store to the world, we have to ship chocolate year-round,” Balestrieri said. “That meant solving the melting chocolate conundrum as part of the supply chain.”

Through a huge focus on food safety, hiring a food scientist and much trial and effort, Candy.com built the systems and processes necessary to create a supply chain for heat-sensitive perishables. Large retailers took notice and began working with Candy.com to handle its logistics. Consumer packaged goods companies soon followed.

“The business absolutely took off,” Balestrieri said. “Candy.com quickly became more of cold chain logistics company. At that point we realized we had the opportunity to be more than just candy.”

The business expanded into snacks, frozen foods and other perishable and temperature-sensitive food items that are difficult to ship quickly and safely. In 2017, Balestrieri and team re-branded to Green Rabbit, the trusted cold chain logistics provider for fast, fresh and sustainable delivery of perishable goods and groceries, making Candy.com a subsidiary.

Today Green Rabbit ships from three different fulfillment centers across the US, delivering tens of thousands of orders per day using an algorithm that looks at 15 different variables to determine the best way to ship to consumers and small businesses. Six of the top 10 retailers and four of the top 10 CPG companies with temperature-sensitive products use Green Rabbit’s services.

“We pick, pack and ship at three facilities placed strategically throughout US for one-day coverage,” Balestrieri said. “Our algorithm determines the best way to ship, how much packaging and the route through the supply chain process.”

It was around 2011 when Candy.com commercialized its algorithm and started attracting large retailers that began its rapid growth. The company was doubling its year over year revenue growth and, according to chief technology officer Gary Cifatte, email, QuickBooks, Google docs and “spit and bubble gum” that the company was using to support the business made it difficult to gain a clear view of operations.

Managing data in multiple databases that were unable to communicate with one another made real-time analysis impossible, given the warehouse was often waiting on orders from the IT side.

“On that day, when the warehouse asked me ‘where are my orders,’ all I could think was they will never have to ask me again,” said Cifatte. “And to this day they haven’t.”

NetSuite not only eliminated the order management delays, but also data entry errors from manually entering data from multiple systems. With financials tied to the order management system and customer records, the business had a unified system that helped to eliminate many of the manual checks and follow ups the business was previously burdened with. The ability to customize the system and build workflows within NetSuite was also key.

Indeed, automation is a vital ingredient in Green Rabbit’s success.

“Out of the multi-million transactions Green Rabbit processes a year, a single order is never entered,” Cifatte said. “From a customer’s click on a favorite retailer to the product arriving in their home, there’s no human interaction. It’s completely automated.”

With help from integrator Dell Boomi, Green Rabbit has built out its own EDI system to communicate with large retailers that makes their system “just like an open phone line,” Balestrieri said.

“I was at a sales meeting last night with a customer and they were asking for reporting on sales of certain items,” Balestrieri said. “We simply jumped on our phone, pulled up the data on an iPhone and they were blown away. With two clicks of a button we were able to act. It showed that we were prepared and on top of our game.”

“NetSuite’s been able to keep up with our explosive growth,” Balestrieri said. “We can triple our volume right now and it wouldn’t impact our systems.”